More
Betrayed by Nazi sympathizers in Paris.  Cought by the Nazis, put in German POW Camp, and their GREAT escape!!

The five pilots’ first attempt to make it to England was fraught with danger. It meant they had to somehow get to Portugal (You couldn’t just take a boat and paddle across, as the entire coast line from Holland to France was teeming with Nazis, but you could fly from Portugal to England). They had to do most of the journey on foot through 2,000 km of enemy occupied Belgium and France, over the Pyrenees, through Franco’s Spain, while General Franco sympathized with the Nazis...

They moved at night and stayed in hiding during the daytime, going from “safe house” to “safe house” that were offered by the underground resistance. Trouble was that, in the beginning of the war, there were traitors in the chain, hidden Nazis, and you could never be sure when you knocked on someone’s door... And so, in their first attempt, the five pilots made it as far as Poligny in France, but there was a traitor who reported them to the Nazis. They were caught and put in a German Prisoner of War Camp....            Dreadful!!

Conditions were miserable. They were infested with bed bugs and lice, completely under nourished - Dad was down to a mere 57 kilos... 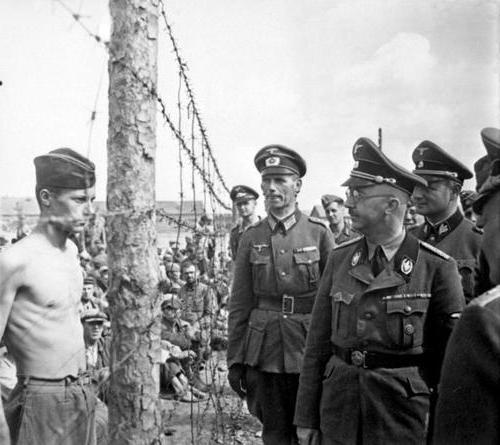 They needed to get out of there! And they did! In the most daring manner, that only a bunch of brave young fighter pilots can come up with, and be bold enough to carry out:   “They stole the German Camp Commander’s car and drove out the front gate!” That sounds easy but it was crazy dangerous. The sentry at the gate, a stiff, indoctrinated German soldier, upon seeing the approaching Camp Commander’s car, clicked his heels, gave the Nazi salute with his outstretched arm, said “Heil Hitler”, and opened the gate.... If the sentry would have looked inside, and seen the five Dutch pilots, he would have surely machine gunned them down right there!

But before they could even carry this out, they had to overcome one big problem. It was in the middle of winter with severe frost at night, and already at that time, the German Army had all sorts of shortages. One of them that there was no anti-freeze. Our five friends had seen that the Camp Commander’s driver drained the water from the radiator every night, so the engine wouldn’t freeze and crack. Our friends needed to fill it, but they couldn’t very well cross the prison courtyard with jerry cans of water....         So,.... They drank, and drank, and drank until they burst... They crawled silently over to the car... and secretly, all five of them, peed in the radiator! Plenty of “coolant” to get out with! And it worked!!

Somehow they made it back home to Holland. I don’t know how.

To go to the next chapter, please go to the top of this page, in the left hand column and click on: "Second attempt: England!"