"We had too many old fashioned planes which, with their fixed landing gears, were too slow, and it makes little sense to fit old planes with retractable landing gear. When the war broke out we couldn't do much with our ancient Fokkers. They simply didn't measure up to the task. 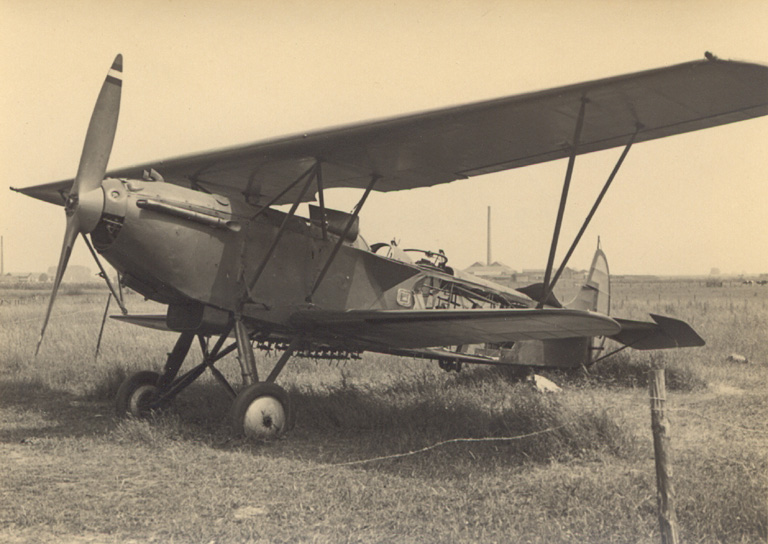 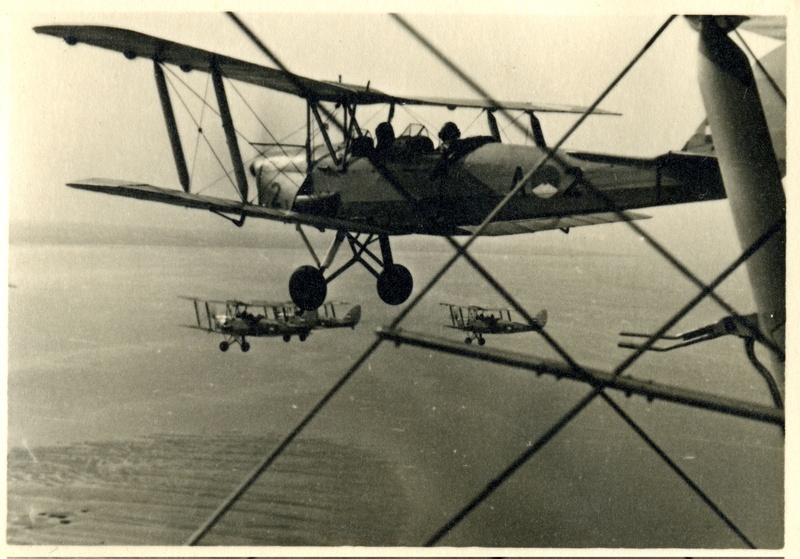 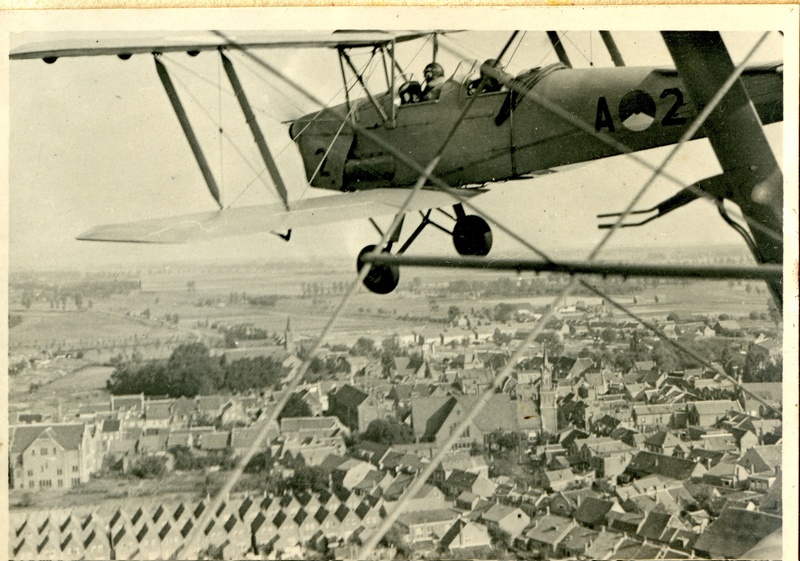 We pilots would have much wanted to have other, more modern planes, but it wasn't our call. That decision was taken somewhere else...

In 1937, when I flew the first Fokker G-1 fighter plane from Schiphol to the military base of Soesterberg, the G-1 was very special. In the first place because of her double tail. That was something new. In the second place they were fast and quick to turn. In their day they were rather large planes. A little bigger than the Gloster Meteor which came out later. A total of 36 G-1s were ordered. Finally we got more modern planes.....! 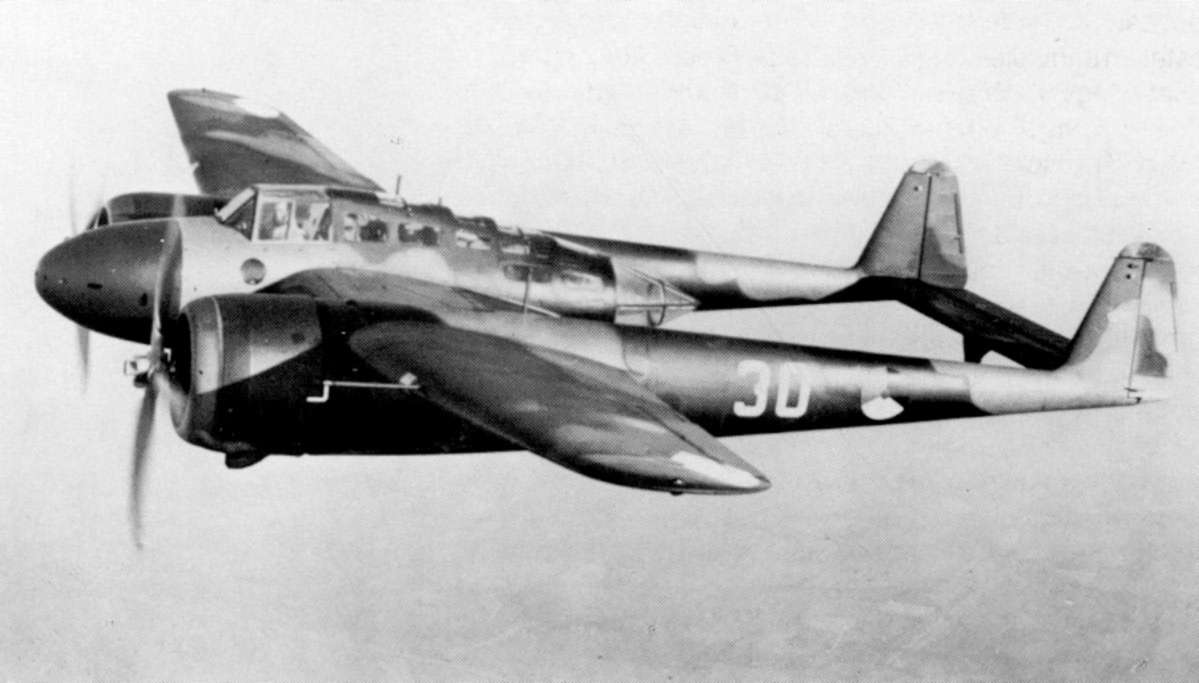 A time of learning

As a young second lieutenant I even still flew on Fokkers from the First World War.         A C-1 reconnaissance, and a D-VII fighter plane. Especially the D-VII was a joy to fly and excellent for stunting. Other Fokker planes I flew in those days - we virtually only had Fokkers - were the S IV, a trainer on which I learned to fly, the C-V, the C-X and the     D-XXI. I also flew the T-V, a bomber with two engines.

"You could do everything with them"

For me the G-1 was the most modern plane I had ever flown! You could do everything with them, loopings, rolls, vrilles... With its two engines it was relatively quiet, like the Dakota, not very noisy. And, when necessary you could also fly on one engine. In addition it was armed more heavily than normal, with eight machine guns in the nose and one in the tail that was operated by the reconnaissance guy in the back. All together... an impressive amount of fire power.

All in all they were good planes, those Fokkers, certainly to practice with, but in war time they were way too slow. That was even true for the G-1s. They weren't fast enough, certainly not as fast as the Messerschmitts, and that while they were just two or three years old. Nevertheless we didn?t do too badly, considering how many of our planes had been blown to smithereens by the Nazis in their first attack....

When the war broke out I was stationed on the Air Force base of Bergen in Noord Holland which had just been commissioned and where 20 G-1s had been parked on the airfield.

I was part of the 4th JaVA (fighter group), had slept in my uniform, in an acute state for action and ready to take off.

But after the surprise Nazi bomber attack at daybreak of the first day of the war on May 10th, 1940, we hardly had any planes left. I couldn't do anything because my plane was damaged which could only be repaired later in the day. In any case I was sent to Schiphol, our main Air Force base, where the Nazis had also destroyed much but where I got another G-1.

Mission to the "Moerdijk"...

At Schiphol I received orders to, together with one other G-1, protect a T-V Bomber that had to bomb our own Moerdijk bridges.

In our first raid the bomb missed its target, fell next to the bridge, and failed to explode. When we tried it for the second time, the Bomber and the other G-1 were shot down in the vicinity of Ridderkerk. With no bomber left to protect, all I could do was to try to make it back to Schiphol, where I reported back to base.

It was really gruesome, they were all very good friends.

In the days that followed I flew a few more times to escort a few Fokker C-V reconnaissance bombers and other planes. Only there wasn't much left to escort. I flew less and less. Almost all D-XXIs had been destroyed. There were about ten or fifteen left, which may seem like a lot, but when you saw those hundreds of German planes in the air, it was nothing.

In those days very many of my good friends were killed. That will always stay with me, despite the fact that I put that away in my sub-consciousness. I really don't like to talk about it because that forces me to remember it and I don't want that. It doesn't help to constantly talk about the past, while we live in peace now. You have to be careful not to get caught up in the war.

To go to the next chapter, please go to the top of this page, in the left hand column and click on: "Made Aviation History"