When the war was over, Dad could finally come home, three years after he had left Mom and Steven, who was just a little baby when Dad left.

Well, Steven's wish came true. Dad came back. Not only that! He didn?t only bring himself back, he brought an enormous package with him with goodies from America.    Especially after the "Hunger Winter", an incredible feast of abundance. Goodies from America! 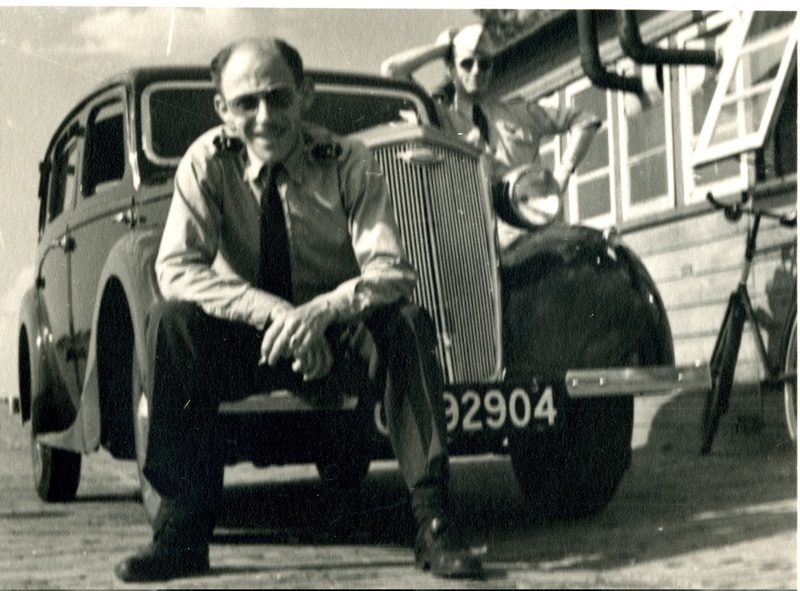 The intensely sad thing though was, when Dad finally, after all those war years, walked into the house, Steven did not recognize him as his father. He saw a stranger and said politely: ?How do you do, Sir?... Very painful for both Dad and Mom after all they had gone through, and Steven?s relationship with Dad remained strained, distant and difficult ever after (all due to Adolf Hitler).

Little by little, poor Holland crawled back on its feet

Again, thanks to America, we got the Marshall Plan and poor Holland set out to rebuild the total devastation the Germans had left.

Dad was stationed at the Dutch Air Force Base in Woensdrecht in the South, near the Belgian border, where we lived in an old trailer home. Just like the rest of the country:  we were poor.

To go to the next chapter, please go to the top of this page, in the left hand column and click on: "Spitfire crash"