Already before the war Bodo made aviation history: On August 26, 1939 Bodo Sandberg made the first “belly landing” in the Netherlands

The G-1s were the first planes in the Netherlands with retractable landing gear. That’s nice, but they didn’t work very well in the beginning...... Indeed, one day, when it was time to land, Bodo put down the landing gear of his brand new G-1, but only one side came down!! The other side stayed stubbornly stuck in its “up” position! You can’t very well land on one wheel. Bodo pulled loopings, nose dives, everything in the book, to try and force the wheel down with crazy G-forces he pulled, but nothing worked... He flew within yards by the control tower, asking if they could see anything, but they couldn’t.

So, the only solution left was to pull the one wheel that was down up again, circle the Air Force base for hours, until all the fuel was burnt up (those oldies couldn’t dump fuel as they can nowadays), and then Bodo did something nobody had ever done before: he made a belly landing (landing without wheels). Very very gently he approached the soft grassy field, next to the hard runway. So slowly that he virtually stalled, and put down the G-1 in the soft grass. He did it so well that the G-1 was perfectly in tact. Yes, the propellers were bent (I remember the picture!), as they stick out deep below the plane’s belly, and some of the plane’s skin was shorn off her underbelly, but the G-1 was fixed in a jiffy and the plane flew perfectly again thereafter. 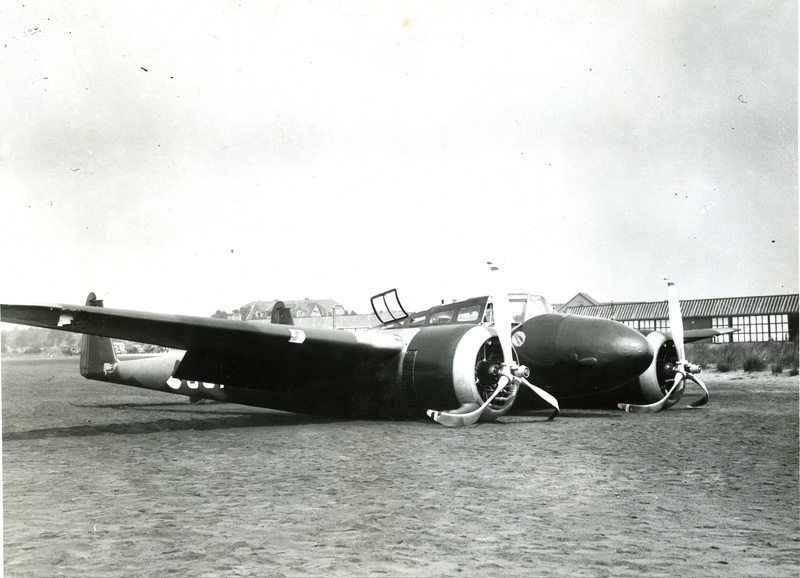 To go to the next chapter, please go to the top of this page, in the left hand column and click on: "What Bodo's sons remember"