From Australia, Dad was sent to Netherland’s New Guinea, to fight against the Japanese. From there, amongst others, he flew missions over Penang, Malaysia (I still have the safety pins from the bombs he had to drop there on the Nips: 1944 dates and targets penciled on them and all...).

One day, however, the Military Base received a MAYDAY call from one of the Missionaries, somewhere in the New Guinea’s jungle. There was a nurse with an acute appendicitis that had to be airlifted out of there in a huge hurry!! Well, there was a problem with that. All the planes they had on the base were fighter planes. Meaning they were all single seaters!! The only “thing” that could "fly" with more than one seat was an ancient little plane that had been pushed back into a corner of a hangar, a long long time ago. It was covered in dust and no one knew if it could even still fly... But there was no time to lose. The nurse was dying! So they pushed the “thing” into broad daylight, fueled it up, tried to start the engine which, with great persistence, it finally did, covering the Base in menacing clouds of smoke. There was no time to lose. No time for a proper instrument check... Just full throttle ahead, up in the air he went, out to the compass course he had been given to fly out to the airstrip somewhere out there in the jungle... All Dad knew was compass course and distance. So that’s what he did (No GPS in those days... Nor any radio beacons in the endless tropical jungle to navigate on, or check your position...). So, after the time it should have taken to fly that distance, Dad tried to establish radio contact with the airstrip. He tried, and tried, and tried again. Nothing! Only static. This was a problem because he had to be right over the airstrip by now. He should be able to see it! Nothing!! Only jungle, endless jungle... Now he starts to wonder where he is. He does “dead reckoning”, a way to navigate on the position of the sun and the time of day, and he realizes the compass in this old ancient “plane” is completely off. Worse: he flies to a fixed point on the horizon, so he knows he flies in a straight line, but the compass in this old “thing” is slowly and erratically turning...!!

This means three things: he is utterly lost, doesn’t know where he is, or where the airstrip is but, more importantly, it is also impossible to find his way back to his own air base!!! At this point he watches his fuel gauge which is slowly but surely going down, and further down!! He realizes he will have to put the plane down somewhere....                    But where do you land when all you have is jungle and trees...??

So, he clicks into survival mode (sorry for the nurse... I don’t know what became of her). Dad realizes that New Guinea is an island, albeit an enormous one but, along the shore, there might be a beach he could land on. Question is, how do you find the coast without a working compass? Well, New Guinea is in the tropics, where it rains a lot so there are rivers, huge rivers and rivers flow to the sea!! So he finds one and follows it down stream. In doing so, he saw various Papua villages, with round thatch roofs, clay footpaths, and some smoke. Pure “stone age”, except there was one village along the river, with a hut with a square roof. And it was not only square, it was corrugated steel. Now that doesn’t sound so special but it was. It meant they must have some contact with the modern world and Dad decided, if he survived this emergency landing, he would try to get to that village. Maybe there was another Missionary there...?

No, not the "On the Beach" from the famous book from Neville Shute, although Dad       (and I) read that fabulous book years later and loved it. Dad made it to the shoreline and there actually was a beach! 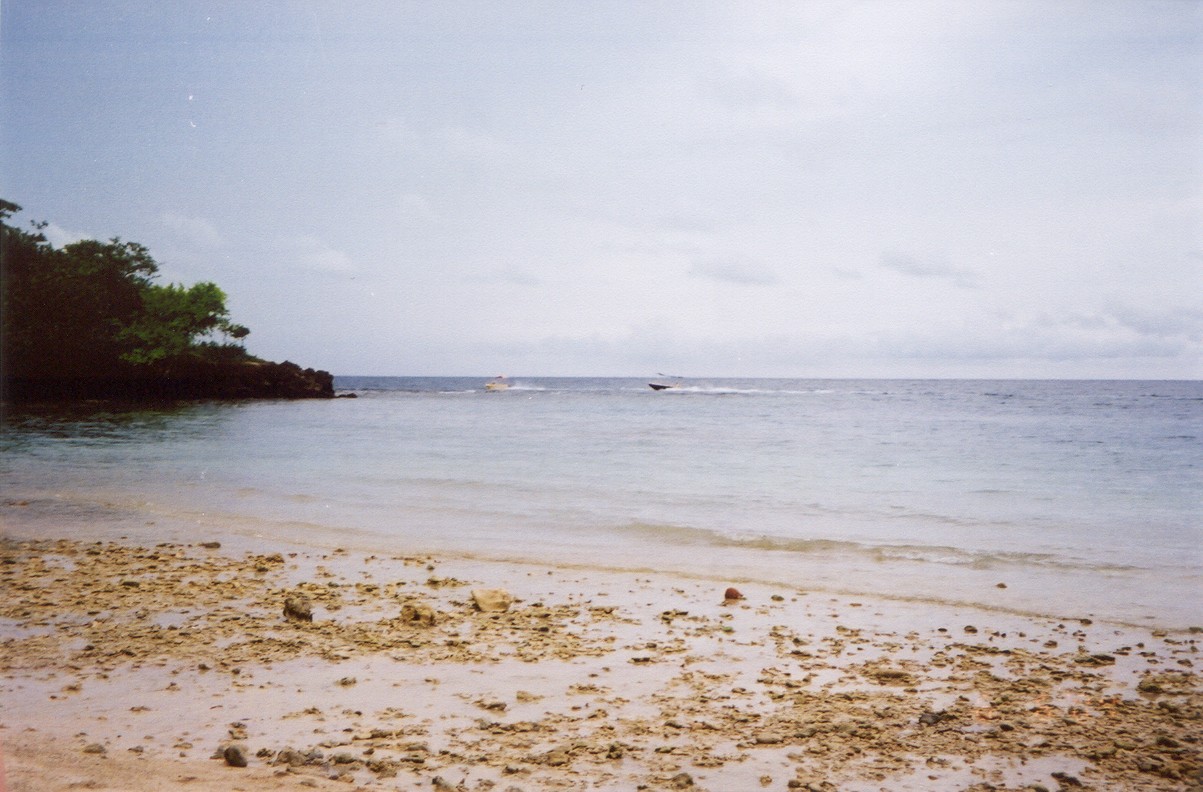 Not only was he lucky there was a beach, it also happened to be low tide (with high tide the Pacific came all the way up to, and into the mangroves and there would have been no way to land!). He could choose a left, or a right turn landing. And he was lucky there too. He – naturally – chose to land into the wind (you always land into the wind so your ground speed can be lower while you still have lift). It later turned out that, if he had landed on the other beach, he would have landed straight into Nips occupied territory!! 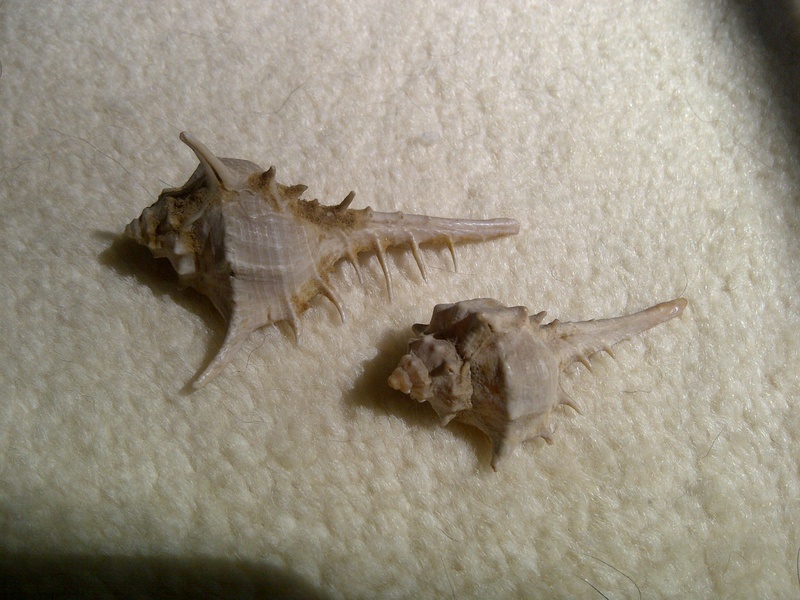 Question was “were the Papuas going to have him for lunch as a guest or as “Man” on the Menu...?

Some Papua tribes in New Guinea in those days were still cannibals (man eaters), and Dad had no idea how he would be “received” by these people. As he got out of his plane he saw lots of agitated movement, hidden in the mangroves. Lots of Papuas..... He had no idea “how” they would have him “for lunch” that day... 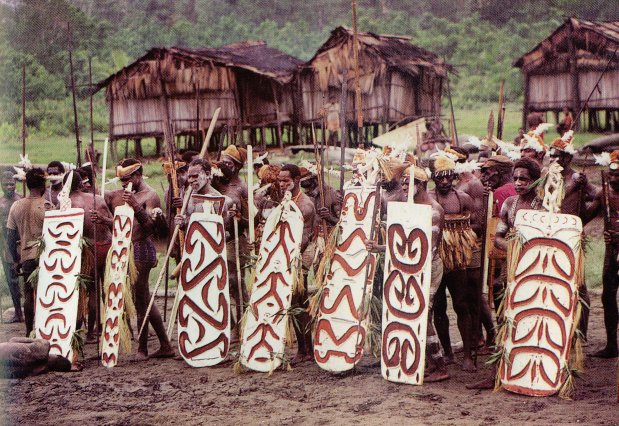 Another concern was “just pure survival in the jungle”! His compass was shot..., so how to navigate? Well there was plenty of sun in the tropics so, as long as he had accurate time, he could still find his course. Sure, he had his wrist watch, but this was 1944 and it was not water proof. Having to survive in the constantly soaking wet jungle, cross rivers, dodge water falls, etc. he didn’t want his life to depend on just one source of time.          So, just before the upcoming tide swallowed up, and washed away the plane, he quickly unscrewed the aviators clock from the plane’s dashboard and took it with him.

I still have that little airplane clock on my desk today, in our home in Darien, CT. Sadly, almost 70 years old by now, it stopped running. Over the years I tried several experts in New York but none of them could get it to run again. Miraculously though, in May 2011, a good friend of ours in Darien, Alexandra Castro, overcame the seemingly impossible: she works for a renowned Swiss watch company  Bell & Ross (www.bellross.com), makers of exquisite "vintage", "aviation", and "marine" time pieces.                                                  The master watch makers of Bell & Ross managed to get it to work again and, amazingly, it runs precisely on time, 67 years after my Dad's emergency landing on a jungle beach in New Guinea in the South Pacific!!   Thank you Alexandra and thank you Bell & Ross!!

He then waded towards the shore, in the direction of the Papua tribe hidden in the mangroves....

When he got there he was, yet again, very lucky: They had never seen a white man, nor had they ever seen a man descend from the skies....

Dad got a very special welcome indeed!! He was escorted to the Chief of the Papua Tribe and was welcomed with reverence!

But, how to communicate without a common language?

Dad stayed with them for some time (all the while listed as MIA, back on his base...), trying to learn their language and communicate with the Papuas that he wanted to go up the river (to the village with the square corrugated steel roof). It took several weeks but, in the end, they understood what he wanted and, in a hollowed out tree, with many paddlers, they rowed up the river... 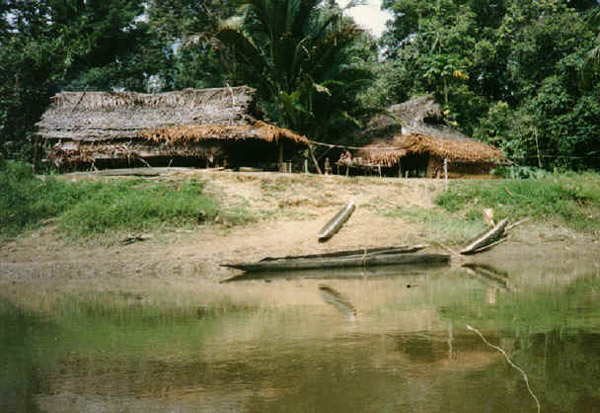 And, yet again, Dad was lucky: There was a missionary in the village up the river,     there were no Nips, and there was a radio!!

Dad could report that he was OK, he gave his position and, somehow (I don’t know how) they got him out of there.

To go to the next chapter, please go to the top of this page, in the left hand column and click on: "Hunger Winter in Holland"