Then, from Jackson, he was sent out to Australia, to fight the Japanese! He traveled all across America, via the Grand Canyon, to San Francisco and from there by ship to Sydney. 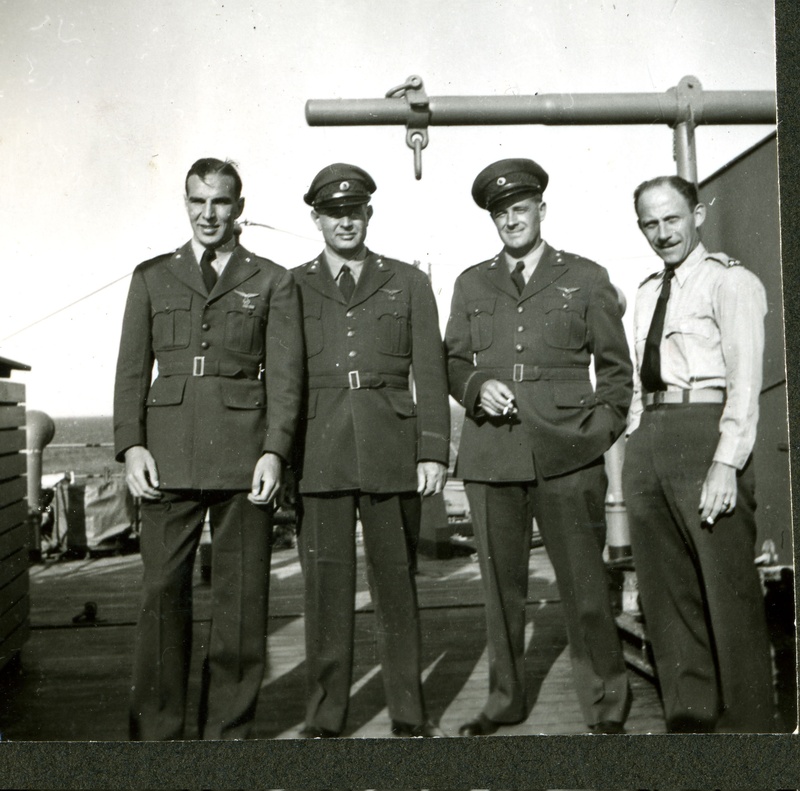 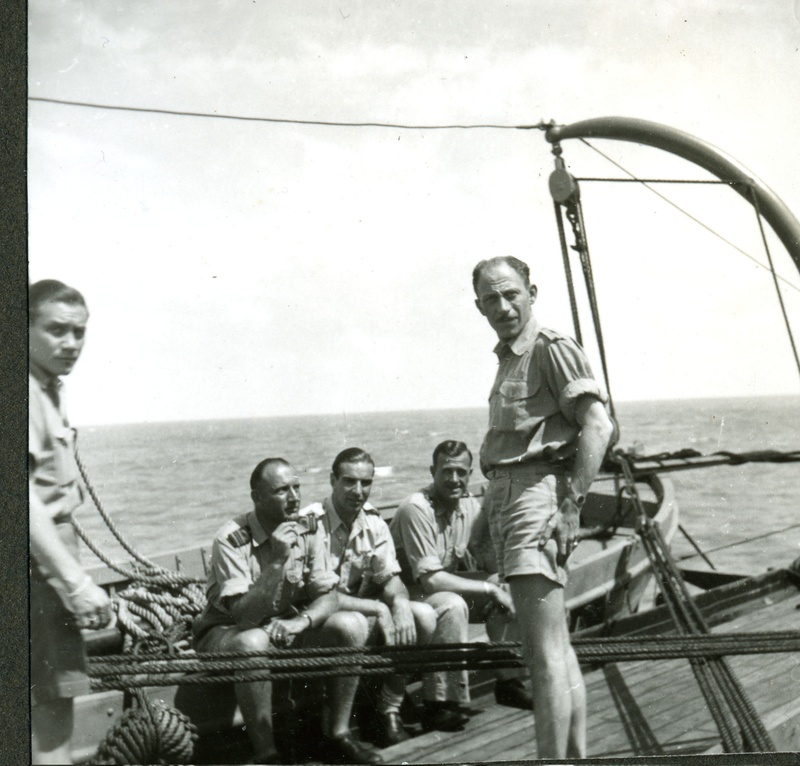 But that was no ordinary ship... It was a merchant ship (no military), filled with..... Mustard gas*) and fighter pilots! Normally, militarily strategic ships would only dare cross the Pacific in convoy, with heavy Naval protection. This ship got none of that. The mustard gas was too dangerous to have in a convoy!! It set out on a solo trip... They figured, one merchant ship, all by itself, looked pretty harmless and they hoped they wouldn’t attract any attention from Japanese or German subs or warships.... And it worked!! (I’m here to tell the story).    Must have been scary as hell though...!

*) During my military training (from 1966 to 1968, I was a Lieutenant, in command of a Platoon of five tanks) I saw instruction films of what mustard gas can do to you or, rather, an enemy. People die like bugs sprayed with “RAID”: twisting, twitching and turning, slowly going crazy, yet - at first - still with full consciousness of what was happening... 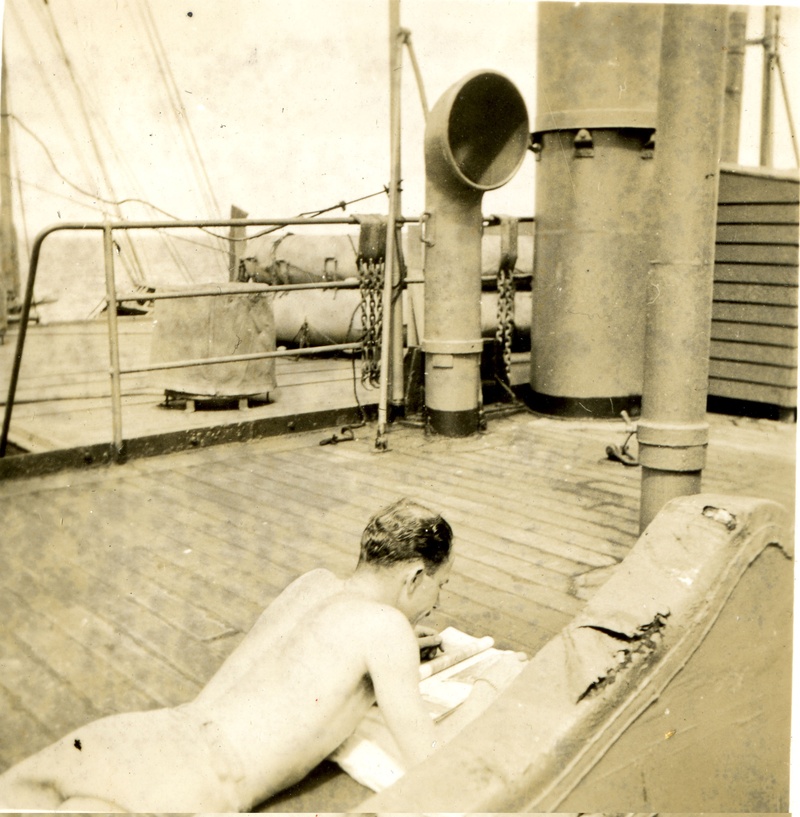 Dad was at Air Force basis in Sydney, Brisbane, and Cairns. I don’t know quite at which of these three he crashed, but squadrons in war time typically flew in “V” formations, both in flight, and during landings! So, when you’re at the front of the “V”, you typically don’t land at the very beginning of the runway and slow down as quickly as you can. Quite the opposite! To give the guys right behind you some space, you land somewhere further along, halfway down the runway and, to prevent your friends behind you from slamming into your tail, you don’t brake right away but rather as late as you can... Not only that, fighter planes in those days didn’t have a nose wheel... they had a tail wheel, which meant that, once you’re on the ground, tail of the plane goes down. This meant that the engine in front of you – typically very loud 12 cylinder and very long Rolls Royce engines - came UP in front of you! You couldn’t see anything anymore in front of you!! To get around that, you would open the glass dome of the cockpit above you, by sliding it aft, only still having the little windshield in front of you. Then, with your leather flyer’s cap and goggles on, you would stick your head out the side, to look alongside those roaring 12 cylinders with flaming exhausts right in front of you, to see where you were going, thundering down the runway at hundreds of miles an hour, to brake just in time before the end of the runway.... 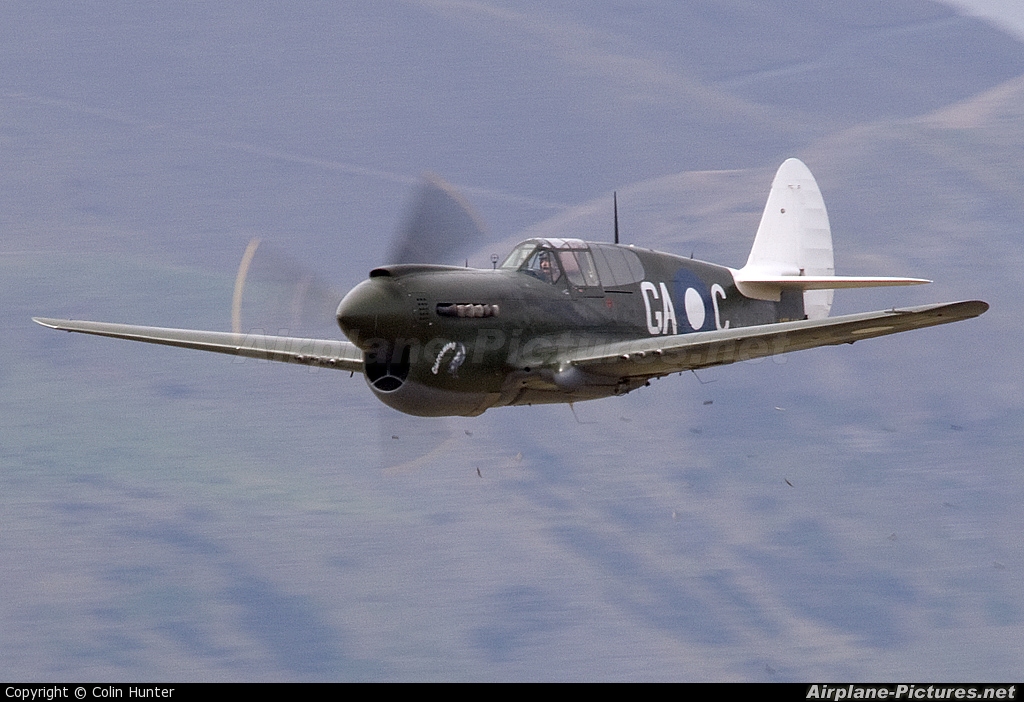 Well, by the time Dad had done all that, he put on his goggles, stuck his head outside, looked out front and, at some 200 MPH, what little runway he had left was a mere few yards and then.... the deep blue sea! 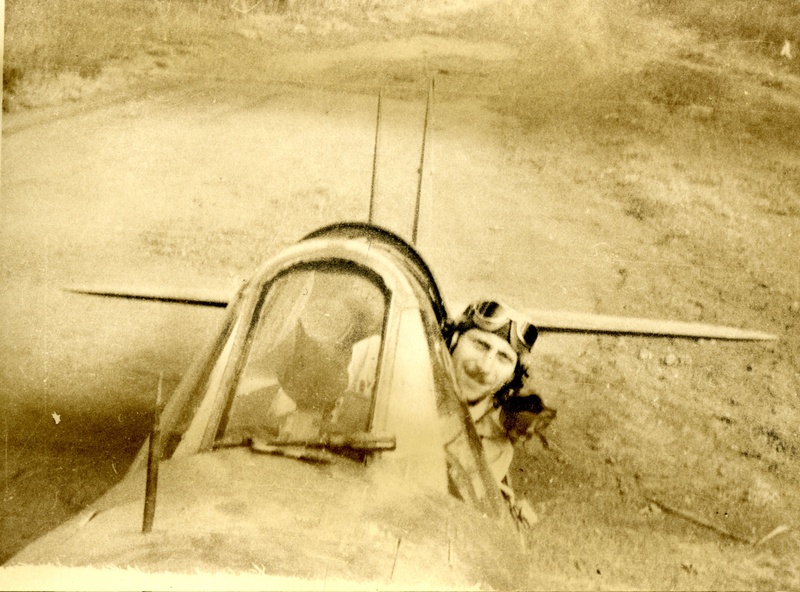 By this time, fast as he was still going, he didn’t have enough speed anymore to pull up and there was no stopping it either!! In a split second he had to choose: the sea, or a hard left, straight into a sand bank.    He chose the latter and, to brace for the impact, he put his left hand against the frame of the little windshield in front of him. That saved his face from slamming into the instrument panel, but the impact was so hard that the dome of his cockpit, which he had slid back to open, slammed shut, forward, with FULL force against the frame of the windshield in front of him... with his hand in between,   like scissors!! The plane was destroyed, and so was his hand!  It was cut off, through the bones in the middle of his hand. The only things that kept the mess a bit together were the tendons that led to his fingers....

Now, the biggest danger in an aircraft crash is always: FIRE! So, it is drilled into fighter pilots during years and years of training to, whatever condition you’re in, GET the hell OUT of there!!!!

That’s what he did, with half his left hand dangling loosely, bleeding like a pig...!

With his right hand he grasped the mess together and he started running. And he never stopped running until he reached the Base’s hospital where he pleaded to the surgeon: “Sir, can you sew this together again?” That Australian surgeon did and, in doing so, he did the impossible: he saved Dad’s hand!

Not only that it stayed on, Dad could even use his hand.... a little bit. He could close his hand about half way, and he could open it about ¾... Not much, but he could use his left hand during the rest of his life! And he could still fly! 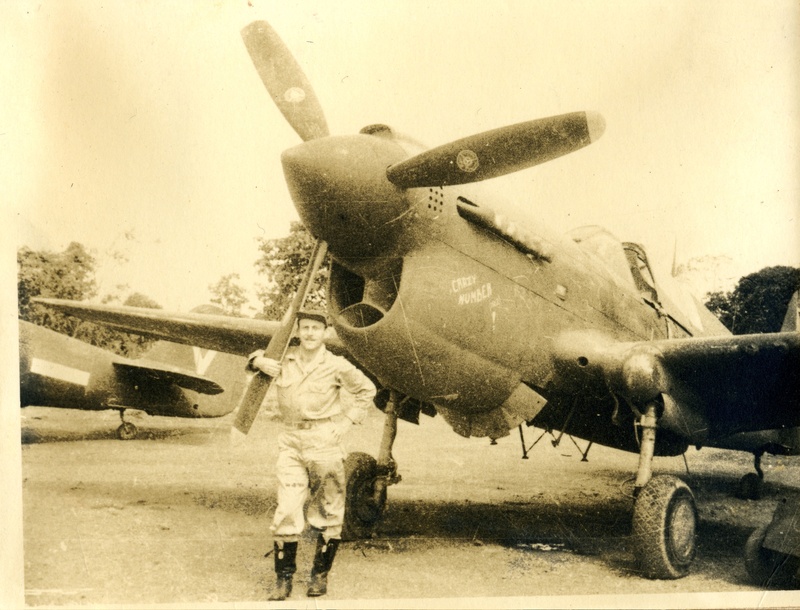 Throughout his life, the number "23" was his lucky number.

Even here, in the jungle of New Guinea, he painted "Crazy number 23!" on his plane

To go to the next chapter, please go to the top of this page, in the left hand column and click on: "MIA; Jungle rescue"