More
Bodo close to death after high-speed crash in Spitfire

On September 20, 1951, I was 5, in Kindergarten. I was looking out the classroom window and suddenly saw a military car pull up at our school. A sergeant ran out and went to the Principal’s Office. Then the Principal, with the sergeant in tow, rushed over to my class room, came in, whispered something in the ear of my teacher, and the Principal urged me to step out of the class room. There she told me that something terrible had happened: My Dad had been in a plane crash. He crashed with his Spitfire and I had to go home right away with the sergeant.

I was in a complete state of denial and said boldly: “That can’t be. There must be a mistake! My Dad is the best pilot in the Dutch Air Force!”

Well, I was rushed to the military hospital in Utrecht where I was allowed to peek into Dad’s room and I was shocked!!         He looked - quite literally – like a mummy, wrapped in gauze from top to toe. You could only see his eyes. His whole bed was covered in blood. He was so severely damaged that the doctors had not dared to lift him to clean the sheets. He had a fracture in the base of his scull of 7 cm!! Such an enormous fracture is by itself almost always fatal. He had a devastating concussion, on the verge of brain damage; three broken vertebrae and damage to his central spinal cord. His legs were broken in multiple places, his hands and arms were broken, and his face was smashed to smithereens in the dash board....                                                           But, from the twinkle in his bright blue eyes, you could see he was happy to see us.    Dad was tough!

Dad was commander of a squadron of Spitfires at Soesterberg, Holland’s premier Air Force base, and he was also a flight instructor on “Spits”. Spitfires are single seaters, pure thoroughbred fighter planes.       So the trainer model of the “Spit” was longer than the normal one, with a second cockpit for the instructor, right behind the normal cockpit.

The student Dad was training, was in the front. He was an experienced pilot but he had never flown Spitfires before....

Now, a “Spit” was one of the quickest and most maneuverable fighter planes of its day because it had very small wings. That meant you had to go very fast to get lift. Especially when you take off, you needed FULL throttle!! Then, the moment your wheels came off the runway, you had to pull up your landing gear as quickly as you could, to reduce your air resistance, to gain even more speed, and FLY!

Trouble was that a Spitfire has two levers, right next to each other: one is the throttle, and the other is to pull up the landing gear.... 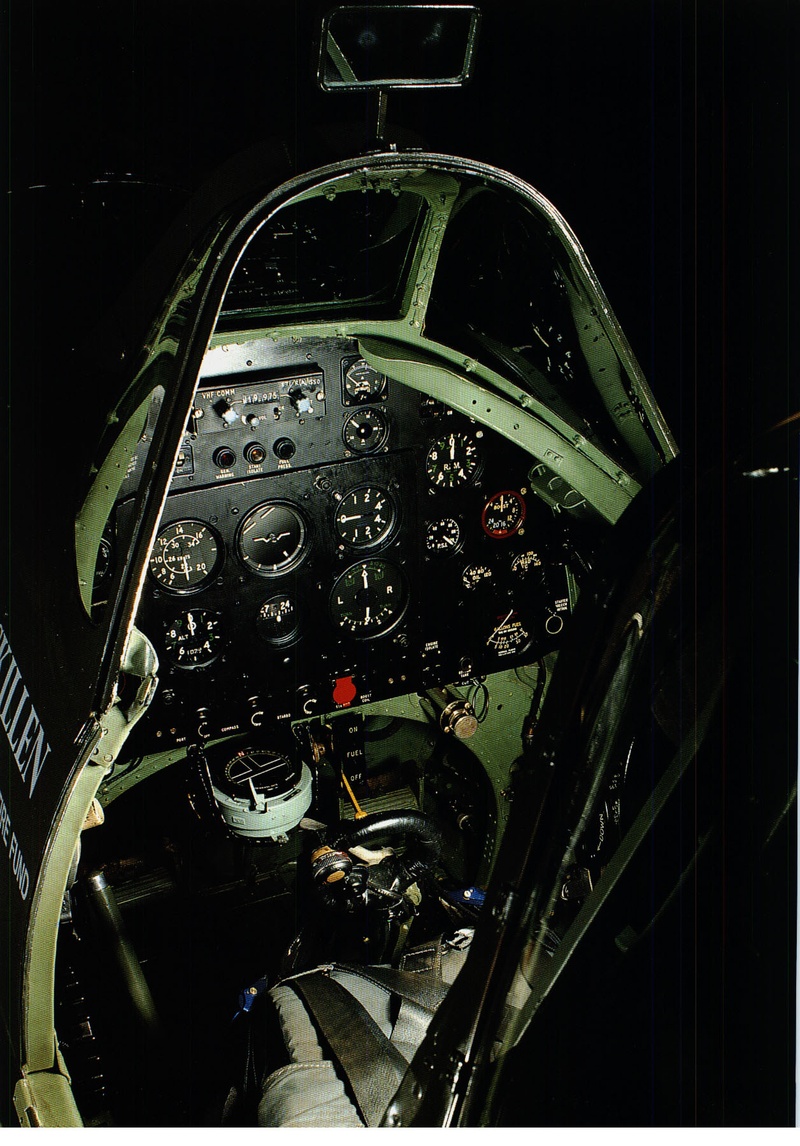 And, sure enough, the student made the - for him, and almost my Dad - fatal mistake of 1) shutting down the throttle, and 2) leaving the landing gear down!!!

As a result, they stalled and fell from the sky like a ton of bricks at incredible speed. They just made it over the barbed wire of the Military base and, with 450 Km/h, they crashed straight into the trees....

The ambulance, in order to get to them, rammed right through the military fence at the end of the runway and, unbelievably, thanks to years and years of intensely disciplined training, as mangled and almost dead as Dad was, he had managed to get out of the plane before it could go up in flames and explode! He stood next to the wreck when the ambulance arrived!

It took the Doctors almost a year to get Dad back on his feet and he never quite recovered. But, he lived!! Albeit with severe back pains and headaches for the rest of his life (from the broken vertebrae), but        he lived!

To go to the next chapter, please go to the top of this page, in the left hand column and click on: "Diplomatic Service"